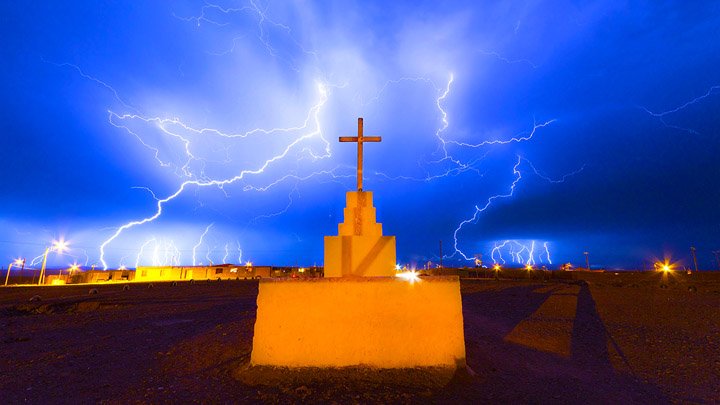 “We Need to Wait to Start the Wedding Until the

We pulled up to Dave and Suzannah’s beautiful, leafy rural-suburban home in Croton-On-Hudson, an hour north of New York City near the Hudson River. The afternoon was hot, humid and sunny. Dave was a Grammy nominated trumpet player and jazz composer and Suzannah, his bride to be, was a dancer and dance instructor at SUNY Purchase and Dance on Hudson. I wandered down to the backyard and met and chatted with several musicians whose recordings I had listened to and loved for many years. The air became more humid and thunder began to rumble ominously as more guests started to arrive. As it began to rain lightly,  everyone gathered in a large open sided white tent next to a quiet brook at the bottom of a small hill in their backyard.

As the thunder boomed and lightning flashed wildly, the rain began to plummet with increasing force. I helped several other guests untie the rolled up sides of the tent and secure them to the ground with stakes. The storm increased in fury, and the grass floor of the tent quickly became a sea of mud. Elegantly dressed women in high heels were sinking and having their shoes stuck in the sludge and mire. The quiet brook next to the tent quickly became a raging torrent. The thunder was so loud and constant that everyone had to shout to be heard over its reverberating, chaotic cacophony.  Mick Comstock, the minister and officiant, shouted to everyone that the wedding ceremony would have to wait until the storm passed over.

As the lightning flashed and the thunder rolled, the brook overran its banks and swelled up to the edges of the wedding tent. The women removed their ooze covered shoes and went barefoot. Glasses of celebratory wedding wine and champagne were passed out in the tent before the ceremony to ease people’s nerves as the storm raged. Then suddenly, perhaps fifteen minutes later, the storm passed on, the air cleared, the bright sun returned, the guests secured their chairs on what was left of the lawn under the tent and sat down and celebrated the love and union of these two extraordinary people. During the sunny reception, Suzannah and some of her African dance partners whirled, twirled, spun, shook and pirouetted to polyrhythmic thundering African beats, played with fire and force by drummers up on stage with her in the front of the tent. Then the beautiful couple lived happily ever after, dancing to the glorious, jazz infused mystical musics of Love.

As we were driving into Heath Center on a return trip from grocery shopping in Greenfield in the late 1950’s, we drove around the corner into Heath Center and saw the Heath Union Church’s golden steeple consumed with a pillar of fire. The church had been struck by lightning during Hormidas Lively’s wedding ceremony – an act of divine intervention if there ever was one, and the farmer brothers and volunteer fire fighter heroes Howard and Ralph Dickinson were up on top of the roof with axes, cutting into the roof to make space for a stream of water to spray into the burning roof rafters from a firehose.

The fire was finally extinguished, the church’s golden steeple was later rebuilt, (this time with lightning rods), the marriage lasted and Hormidas Lively went on to later become the Fire Chief of Greenfield Massachusetts, so some sort of divine plan was enacted and realized.

“Short of Lightning Strikes, There is No Such Thing as

I was walking in the Portland Japanese Gardens, thinking about luck on a beautiful morning, watching shafts of early morning sunlight illuminating blooming azaleas, large patches of waist purple high iris, white flowering dogwood trees and orange, white and yellow swimming Koi, when I thought of two quotes I had read the previous evening; “Only consider yourself unlucky if you take up coffin making and people stop dying,” and “Short of lightning strikes, there’s no such thing as an accident.”

My cousin’s first wife was walking across a field in rural Wisconsin as a child with her twin when her sister was struck by lightning and killed- An unlucky accident or an act of God?

We were laying in bed in a remote corner of Iceland inside of a tiny cabin, trying to get some sleep after a long day of travel, when we began to hear voices outside of our lodge, which was on the edge of an uneven, rocky lava field. It seemed like a very unlikely place for people to gather and chat out in the darkness near midnight, when it occurred to us that they must be looking at the Northern Lights. We got dressed and walked out into the rocky plain and looked upwards; It seemed like a phosphorescent green celestial forest fire was raging in the Heavens, rising from the low Northern horizon and fanning out with wide tendrils sweeping all the way across the vast dome of the sky; pulsating veiled lighted dramas mysteriously lit from within and ever changing.

All of my life I had wanted to see the Northern Lights, and the fact that we were then able see them three nights in a row under clear skies was an unexpected and magical blessing. Everything in Iceland is on a scale that dwarfs all other landscapes that I have ever seen or walked through. All is vast, beautiful, enormous and otherworldly.

“You Can’t Go Back and You Can’t Stand Still,

Don’t Get You Then the Lightning Will.”

This Jerry Garcia/Robert Hunter song was running on an endless auto play loop in my mind as the lightning struck all around us and the thunder rolled deafeningly like God’s malevolent tympanies. We were hiking at the top of 11,500’ Taboose Pass in the Sierras on a treeless, boulder strewn tableland and were in sudden and serious jeopardy with lightning crackling all around us. I threw down my pack with its metal frame, took off my belt with its metal buckle, took the keys, change and Swiss Army knife out of my pockets and huddled flat under a boulder. Static in the air made the hairs on my head and arms stand up and I could smell metallic ozone from the lightning strikes.  We hunkered down for 15 minutes, each under a separate rock until the storm finally passed.

Whenever lightning strikes, it heats the air to 50,000 degrees. The rapid expansion of the air produces the sonic boom that we hear as thunder. Lightning is serious stuff if you are an earth bound human. My cousin’s wife’s sister was struck by lightning and killed in a farm field in Wisconsin. A 19th century barn that I helped to disassemble and move up a mountain in Massachusetts was struck by lightning and burned to the ground soon after it was reassembled as a vacation home when the hippie carpenters did not install lightning rods. When roofers disconnected the lightning rod grounding wires in our house in Heath, Massachusetts, a ball of lightning flew through the living room during a thunderstorm and exploded with a loud bang when it grounded itself on the metal bathtub. As I was walking home to the same house in Heath in my childhood, I saw a bolt of lightning hit and explode a transformer on a telephone pole 25’ away from the house. A tree near our pond on that same property was hit by lightning and shattered into thousands of matchstick sized shards. I was at a friend’s home in the Poconos in Pennsylvania when she was cutting her husband’s hair and the power went out. There was enough continuous sheet lightning that she was able to finish the haircut with that almost constant strobe illumination.

Lightning bolts are about the width of a human thumb and are five times hotter than the surface of the sun. Volcanic eruptions can produce lightning. Many of the worldwide wildfires are caused by lightning. In the USA about 4.500 structure fires are caused by lightning every year. Around the world, there are over 3,000,000 lightning flashes every day – about 44 strikes every second every day, many of them causing forest and structure fires. Lightning’s daily message to us is “pay attention and stay grounded.”

“Ideas are Like Fireflies – You Have to Catch Them While

You Can, Otherwise They Will Disappear Forever and

I heard the musician and songwriter Ray La Montagne make this observation on the creative process in a podcast interview. There is always the potential for magic in everything that we think, do, make or create. We hope to uncover the potential for wonder, unearth the unexpected buried treasure or find the glimmer of gems in the veins of the mundane. Art has a way of underscoring the oneness in things, and bringing the invisible forth.

As a child in rural western Massachusetts, my favorite thing to do on early summer evenings was to wander around in a hay field in July as twilight was fading and darkness was rising in the world. Fireflies would dance and stream around us like a swirling cosmic fireworks light show, filled with wonder and delight.  We would capture dozens of them in glass jars and hold them in our hands like the flashlights of the Gods. They seemed to be spirits bright with angel light, tracking the distant dawn.

Steve and I were hiking through the jagged lava beds on Negit Island in the harsh, surreal high desert landscape of Mono Lake. We were miles away from civilization when Steve bent over and picked up a fully intact vintage light bulb, clearly produced sometime early in the 20th century. A few years later he found what looked like a piece of melted space shuttle debris on the top of a rock on another much smaller island in the same lake.

Rob and I were rowing across the Half Moon Bay harbor in a small boat well after midnight, singing The Hue’s Corporation 1973 disco hit “Rock the Boat,” making sure not to rock the boat or tip the boat over.  The red tide was in and every swirling whirlpool from the strokes of the oars and the wake of the boat glowed with a fiery blue luminescent phosphorescence.

The harbor was filled with hundreds of fish with streaming trails of light glowing behind them as they darted through the water. It looked like we were peering down into a liquid, phantasmagorical, 3-dimensional intergalactic video game.