The Pearl Is The Oyster’s Autobiography 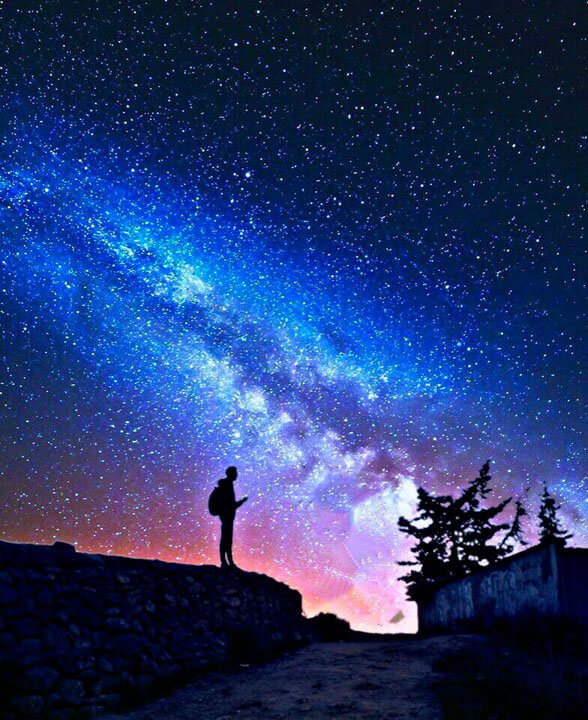 Fishing for Time with a Wishing Line

The rainbow arc of my 100 foot long bamboo fishing pole
Is weighted with the far flung gravity of a 20 pound fly,
On a hook the size of an anchor,
Tied with Breadfruit, Hibiscus and Plumeria,
Plaited with Phoenix wings of Coco Palm and Silver Sword,
Topped with the crest of a Resplendent Quetzal and finished with the
Dual U-boat dorsal fins of a Great White Shark and an Angel Fish.

What will I reel in with this bright feathered barb of daylight,
This beautiful fluttering captive of the air?

The Royal and Ancient Golf Club

Golfers as nervous as artillerymen,
On the first day of a war,
Lob their white dimpled bombs
Toward a distant target the size of a pinhead –
Far, far Away,
Distracted by the expansive and impossible distances,
The exquisite greenery,
The murmur of the sea,
And the very expensive,
Beautiful imprecision of their weapons.

A Conversation with Carolyn

I said:
Every star is a grain of sand in the hourglass of destiny.

And she said:
The stars are dead people looking down on us with one eye.
She was a stranger to herself and someone else was paying a visit to her life.

Then she said:
Each new life or idea is an incandescent spark in the darkness.

And I said:
Blame it on fire, and scatter the ashes.
I watched her make snow angels from a balcony
On a cold January night
Laughing, on the banks of the Loire River.

She held Sylvia Plath in high esteem
And like Sylvia,
Took her own life before she turned 21.
(Be careful who you choose to be your hero.)

I said:
Nothing is pending in the world,
Nothing is finished, yet nothing is unresolved.

She said:
Sleep is just a temporary death and death will stop the future.
She was already putting a noose around her shadow.

I said:
I will keep no time but the color of the leaves and the shape of the moon.

She said:
If you shoot a mime, do you need a silencer?
She was solemn, and her snowy angel face
Was a quiet pool that would keep anything
Safe and secret in its depths.

I said:
Anyone can make you happy. Some do it by arriving and some do it by leaving.
She saddened me for much of a lifetime by leaving the world too soon.

I said:
We are all just whispering into tin cans on strings,
Trying to be heard or remembered.

She said:
Trust in God, but never dance in a small boat.
We must always look at things from the point of view of eternity.

Last night I walked along the cliff tops above the North Sea,
Welcomed and haloed by a moonbow at 10:10 p.m,
High above the shrimping harbour of  Pittenweem Scotland,
Home to Saint Fillan
Who lived here in a cliff side cave and wrote
Sacred manuscripts at night, by the precise and
Specific light of his luminous left arm.

I am also haloed with the living memory of my father,
Who first brought me to Pittenweem
On a Sunday drive after church 40 years ago,
And by the precise and
Specific light of his luminous typewriter,
Which channeled social justice directly from
Heaven to Earth.

I was raised on Curious George,
An Illustrated monkey,
Whose curiosity was tempered
(Somewhat)
By the White Man in the Yellow Hat.

George painted illicit zebras on the walls
Of his New York City Apartment,
And escaped out of a high window to idealized Freedom
On telephone wires,
Swinging high above the traffic,
Far from cages of confinement
And suites of detention.

The Man in the Yellow Hat
Was always a day late,
And a decade short
On the George Report:
Trying to cloak curiosity,
Trying to gauge and cage
Mischievous George.

I saw my first wild monkey
A white faced, black furred Capuchin,
Given to drama, poses and postures,
Sitting in a small palm tree,
On an idealized,
Sugar sanded,
Costa Rican Beach.

He was cradling a curious treasure
In his hands,
Bowing down his two-toned head
To the shimmering turquoise Jewel
Of a cough drop,
Chipping off sparkling blue diamonds of sugar,
From the idealized lozenge of sweetness
That the Man in the Yellow Hat,
Coughing,
Dropped on his way to the beach this morning.

A single crow sits atop the tallest apple tree,
Bisecting the horizon with his gaze
And his sharp black profile.

Below, a herd of escaped cows gorge on the fallen fruit,
Drunk on freedom and the possibility of a fenceless life.
The cidery air thickens as the earth swoons into sleep.
Slowly, softly, it begins to snow.

You are unable to speak but you must tell me.
It is urgent, imperative, apocalyptic.
You offer me the Book of Your Life:
Your offering,
With a silent prayer that I might understand.

It is burning in your hands,
Lit from within with a fire as bright and radiant as your heart.
I cradle it like a treasure, unworthy of such a gift.
You show me what pages and passages to read and melt into the night.

I sit stunned and wondering and slowly open it.
As I try to remember where to begin,
The words turn to runes and hieroglyphics,
Pictographs and dysfunctional alphabets of irony and coincidence,
Confusion, anger and scorched innocence.
Tangents and irreconcilable incompatibilities,
Written large and undecipherable in the
Unmistakable chaos of the language of loss.

A big orb of a man sits
At each of the boat’s ends,
One back navigating the
Silkworm serpentine circumferences
Of the Grand Canal’s waters:
One bobbing like a
Huge green apple at the
Half circle of the bow.

Both wear green and white
Striped shirts,
Looking like round vegetable bees:
Sliced cucumbers,
Stacked between flattened moons of jicama.

Marco Polo’s mermaids dive and define
The marble foundations of this sinking city.

The Watermelon men cleave the
Chartreuse flesh
Of the still waters
In two equally succulent halves:
Leaving a pink sunrise undulating in their wake,
Spitting black seeds at the sun as it slowly rises
Over Ponte Rialto:
Growing invisible underwater cities
That vine hope upwards,
Living on the twin bright forces of
Light and love,
Entwined in a double helix of
History and mystery.

Bright Night at the Pinnacles

Day is falling, the night rises in slow majesty,
Revealing herself in liquid increments against a sky dripping with stars.
The trail we walk shimmers like an animated pointillist painting,
Glowing bright against the wild buckwheat, yerba sante and mesquite at its edges:
A phosphorescent river coursing downwards towards civilization.

Thirty orchestras of crickets fill the amphitheater of my ears with alien white noise,
Pulsating like castanets in perfectly syncopated synchronization,
Against the black spires of the Pinnacles,
Rising up like lava thunderheads into the Prussian blue gradient of the night.

Wild boars snort through the darkness, rooting in the oaks,
Searching for jalapeno truffles by starlight.

As we enter the cool darkness of the canyon,
A bobcat screams,
Warning us to move to another world,
Before it is too late for this one.

Objects In Mirror, Are Closer Than They Appear

The objects in the rearview mirror were closer than they appeared,
As she fired ghost bullets backwards at our phantom enemy,
And swung a diamond sledge hammer to crack open her
Baker’s dozen of dazzling thoughts,
Stacked like 13 hard boiled, crystalline geode grenades.

She was as slick as Teflon, as tough is Kevlar, and as limber as Lycra,
And she sang spirituals for agnostics and atheists,
When she came up for air beneath the bridges she had burned.

She was exerting more pressure on me than the laws of gravity,
And gave me a sad nostalgia for the future,
As she served me alphabet soup in her Soul Kitchen,
Making sure that I knew that eating and reading were one and the same.

I could no longer see the lines I used to think I could read between
In the steaming broth of her confessions and convictions.

I was burdened by habit’s harness and was becoming another
High wire act going wrong.
I ran from her and jumped into the gene pool, but there was no lifeguard,
So I swam down a river of mercury in a shimmering tropical forest,
Chasing a lepidopterist, who was chasing a butterfly.

I saw a rising silvery spark in the gathering gloaming as
The memory of God slowly fluttered back to me on paper wings,
Rising up slowly out of the darkening twilight.