Where does the White Go When the Snow Melts? 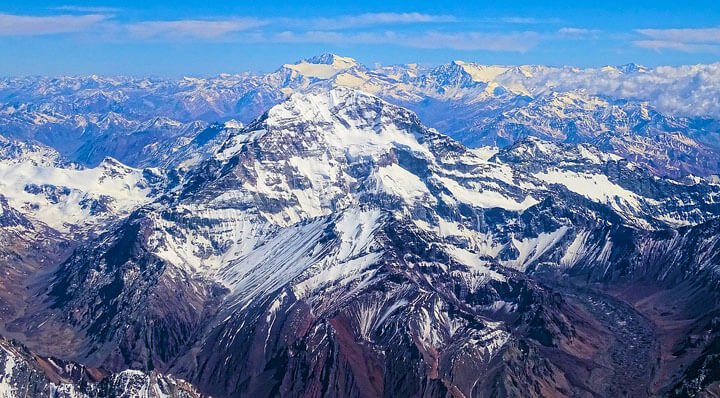 Where does the white go when the show melts?

I found this snowy query in an old journal of mine and posed this question to my friend Jenny, who has lived in Switzerland for over 40 years and knows about snow. She let me know that the snow is collected by Goddesses and is reused to make clouds. My friend Wendy Erd, a poet living in Alaska, recently sent me a haiku that she wrote about the same subject:

Dreaming of change, the white cat

Jenny grew up in Fresno, California – A central valley town known as Fres-NO to its detractors. She met her husband Felix, a Swiss native, while they both worked for her majesty Queen Elizabeth, at Kew Gardens, the queen’s 330 acre country wonderland of gardens and botanical glasshouses outside of London. Felix also knows about snow, being an accomplished ski trekker in the European mountains and having been on expeditions to climb 23,406’ Ibn Sina Peak on the border of Tajikistan and Kyrgyzstan and 22,838’ Aconcagua in the Argentinian Andes.

As a child, my favorite days in New York City were the rare “Snow Days,” when the city would flutter and float to a stop after a heavy snowfall, briefly turning the grimy cobblestone streets outside my window into a quiescently frozen whiter shade of pale.

Hit it Hector! Belt it Bilbo!

I was at a spring party in very rural Toro Creek, California at my friend Deleen’s house, a few miles inland from the coastal town of San Luis Obispo, shouting encouragement to a batter I had never met, in a pick up baseball game being played in the hay field in front of her home. The bull that usually grazed there had been taken to a greener pasture with fewer human combatants and a number of peacocks were perched in the trees above the creek, screeching loudly and angrily at us for disturbing their afternoon grazing schedule.

After he struck out, a tall black man came over and shouted to me that his name was neither Hector or Bilbo, not realizing that I had been trying to encourage and praise him with loud alliteration featuring my literary heroes, regardless of his or any other batter’s given name. Perhaps if he had actually gotten a hit, it would have not become an issue.

Stop it! Stop it! God Damn it! Don’t hurt him! I’m calling the police!

I was asleep on a Saturday night when I was awakened by the cries of my neighbor, imploring her ex-boyfriend to not hurt or kill her current boyfriend, whom the former boyfriend had laid in wait for in the bushes outside of my bedroom window to attack, upon their return from a date. I heard screams, thuds from fists landing, crashes from someone being thrown up against my fence and the sound of feet running away, to hoped for safety.

The old boyfriend was a large man who clearly liked his own cooking and was a chef who owned and operated a Cajun Restaurant and was not light on his feet. The new boyfriend was thin and mobile and was able to run away to safety, after taking a few blows to the head and body

Jealousy can be a dangerous disease under any circumstances. When alcohol, hurt feelings, anger management issues and mental illness are in the mix, it can sometimes be a fatal combination.

Months later, my brother, his wife, my wife and I were eating an elaborate New Year’s Eve dinner at the chef’s Cajun restaurant. When It came time to pay the considerable tab for shrimp appetizers, alligator, jambalaya, dirty rice, beignets, wine and several hurricane cocktails, we were informed that there would be no charge for any of it – Perhaps a late unspoken apology for the chef’s aggression and earlier bad behavior.

For several years, from the time I was 11 to the time I was 15, my family would take a 6,000 mile coast to coast to coast American odyssey drive every summer. After living and teaching for many years in New York City, my father took a job at Stanford University. As we already had a vacation home on a hilltop in the Berkshires in western Massachusetts, my parents decided that we would still continue to spend family summers there in spite of our westward migration, which enabled a wonderful set of transcontinental adventures in what was then a much more regional America which had not yet been malled and homogenized by fast food culture and corporate centralization. In the first years much of our travel was on two lane blacktop roads.

My father would wake us early from our campsites as he always wanted to get us 100 miles down the road before we stopped for breakfast. We would sing in the car as my mother poured us plastic mugs of her special hot concoction, ”Tea and Tang” from a thermos – It was the drink of the Buddha combined with the drink of the astronauts. My mother combined hot water with powdered instant iced tea and Tang, a powdered orange dust which when mixed with water tasted vaguely of orange juice. The inventor of  Tang also created Pop Rocks and Cool Whip. Tang was the beverage of choice on early American space flights.

We often played license plate games, trying to observe and write down as many states as possible from the passing cars. Most of the plates had a slogan for their state. The most modest one was “Oklahoma is OK.” The most aspirational state was  Alaska, billing itself as “The Last Frontier.” New Hampshire was revolutionary and libertarian with it’s slogan “Live Free or Die.” Two were agricultural – New Jersey incongruously billed itself as “The Garden State” and Idaho’s simply stated “Famous Potatoes.” South Carolina strangely declared itself to be “The Iodine State” and Iowa opted for simple facts, calling itself  “The Corn State.” Minnesota, where I had first gone fishing as a child, was the land of “10,000 Lakes.” Kentucky, in a nod to lawns and mountain music, described itself as “The Bluegrass State.” South Carolina, commemorating the Wright brothers (both from Ohio) dubbed itself “First in Flight” and Arkansas declared itself to be “The Land of Opportunity.”

At the time competing gas stations would often have what they declared on large signs to be “Gas Wars,” equaling or undercutting prices on stations across the street. The lowest prices I ever saw were in four adjacent stations on four corners at a highway intersection in a town in Oklahoma, each one offering a gallon of regular for .19 cents. Oklahoma really was OK!

I was auditing Philip Zimbardo’s Psych 101 class with a friend, when Dr. Zimbardo pulled out a pistol just after he had walked up to the lectern in the large lecture hall and shot several times into the seated students. When the smoke cleared from his blank pistol shots and the adrenalin had subsided in the hundred plus Stanford students, he went on to lecture about shock, trauma and true and false memories in the face of adversity. Zimbardo’s methods were unusual.

The next summer he ran the infamous 1971 Stanford Prison Experiment, in which he randomly assigned 24 normal, psychologically healthy college students to roles of prisoner and guard – an experiment that did not go well and had to be cancelled after some guards became cruel and abusive and some prisoners began to have mental breakdowns. I knew two of the guards. One was my roommate later and he was humane to his inmates. The other one became a sadist and tormented and humiliated his prisoners.

From his experiment gone wrong, Zimbardo concluded that anyone could easily be turned to the dark side. His ensuing lectures were entitled: “The Lucifer Effect: Understanding How Good People Turn Evil.” He later defended American soldiers who had been accused of atrocities and war crimes in the Abu Ghraib prison during the Iraq war in the 1990’s.

I washed my hands so many times during Covid that I found the answers to my seventh grade chemistry quiz.

This Covid-19 joke/revelation came to me in an e-mail from a friend a few months into the 2020 viral pandemic. My hands had never before been so constantly, consistently, flawlessly, sanitarily hygenic and clean, especially over a one year period, as when my life actually depended on it.